Dedication’s what you need … to be a RECORD BREAKER!!!

Yes, we did it! We SMASHED the world speed record for 2 people to burst 100 balloons. The record was previously held by Dermot O’Leary and Alan Conely who got the record at about 25 seconds on a live TV show (The Paul O’Grady show) in 2006.

Previous holders of this record include Vernon Kaye – TV presenter.

But David Ashford (CEO) and Will Ferrand (Mission Controller) – representing mymission2 – totally smashed the record by bursting all 100 balloons in just 12.25 seconds! 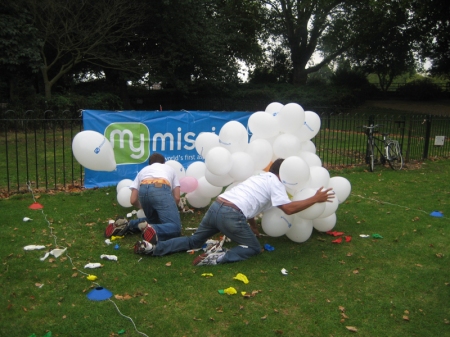 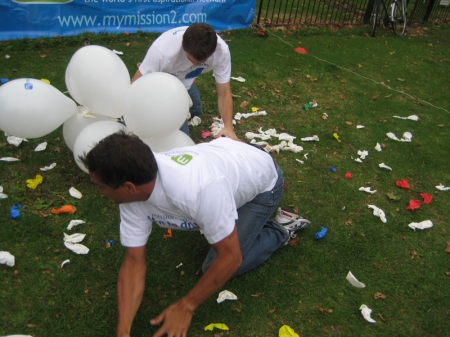 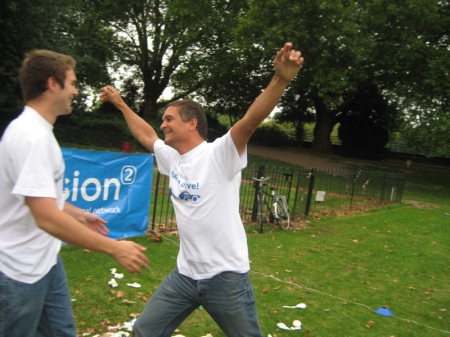 We’re waiting for official confirmation from Guinness World Records before we break open the champagne though.

This entry was posted on Friday, August 29th, 2008 at 5:03 pm and is filed under Features, General mymission2 posts, Publicity. You can follow any responses to this entry through the RSS 2.0 feed. You can leave a response, or trackback from your own site.

6 Responses to Dedication’s what you need … to be a RECORD BREAKER!!!